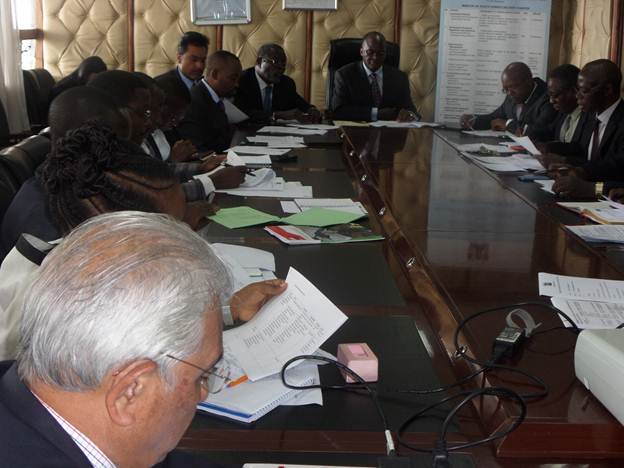 The Cabinet Secretary, Mr. James Macharia, in his opening remarks, stated that health was key in the social sectors and in the Government as a whole.

He noted that the private sector plays a key role in the sector. He emphasized that the MSF was a critical forum for discussing the health sector’s issues and therefore there should be more frequent interactions. The Co-Chair, Mr. Walter Ookok, further remarked that a healthy nation is a more productive one.

Mr. Macharia emphasized on the need to work together to ensure the key issues highlighted in the Health Sector Action Plan were addressed.

Dr. Amit Thakker, KHF CEO, informed the meeting that the Federation had held a meeting on health care financing and consultations were on-going.

A report on the same would be shared soon.

In response to the progress made by the NHIF reforms, the Chair informed the meeting that a consultant is currently working with NHIF to come up with a leaner and more effective organization structure and a phased reform agenda. He further noted that the Miscellaneous Amendment Bill, which was before Parliament, proposed restructuring of the NHIF Board. He indicated that a decision had been made to retain COTU, FKE and KNUT in the board.

Dr Wilson Gachari, Ministry Of Health, gave a presentation that aimed to discuss Ebola preparedness. In his remarks he stated that Ebola was a ‘public health emergency’ that concerned all sectors. He justified Expanding Ebola preparedness activities beyond the health sector stating that;

He emphasized on the need for both public and private sector players involvement in Ebola preparedness activities in their different capacities. He mentioned that strategies to be applied included;

He encouraged members to come up with more strategies

The Director for Medical Services, Dr. Nicholas Muraguri, thanked the private sector for their support towards Ebola preparedness. He informed the meeting that the Government had set up a multi-sectoral taskforce on Ebola.

He indicated that there were regional meetings taking place to help in this preparation, most recent one being the previous week. He stated that three laboratories have been prepared to handle Ebola cases. He noted that there were plans to deploy health workers to West Africa (including the Private sector) for 3 months.