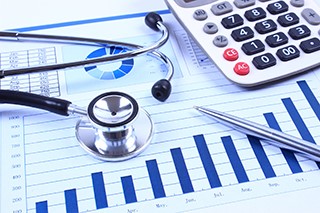 Kenya Healthcare Federation(KHF) Healthcare Financing committee held it’s last quarterly meeting at KHF offices on 7th December 2018 the meeting was chaired by the committee chair Dr. Njoki Fernandes. The key agenda for the discussions were:  Universal Health Coverage, Doctor’s price guidelines and NHIF amendment Bill. Dr. Walter Obita, director representative for the committee updated the committee on the discussion around Universal Health Coverage that has been going on at the ministerial level and the last engagement between the Ministry of Health led by the cabinet secretary Mrs. Sicily Kariuki and the private Health Sector.

Healthcare Financing Committee has been leading all the discussions around Universal Health Coverage where the committee has also been engaging with the government at the technical working committees(TWCs) set by the national government. Dr. Obita has been representing KHF healthcare financing committee in the TWCs.

From the UHC discussions in the ministry of health ,the current position shows that the government is not going to use the social insurance schemes to roll out UHC. Hence it  plans on directly procuring or paying for commodities through Kenya Medical Supplies Authority( KEMSA).The counties will therefore have to roll down the payments made to KEMSA by directly making orders to KEMSA where KEMSA will make the deliveries. In additional, the government is going to allocate some resources to the public health activities, community health activities and 80% will be used for commodities and supplies to KEMSA.

The counties have been tasked with a role in ensuring that all other health systems are built through allocation of finances to each of the activities which include:Human Resource recruitment, deployment and management, Strengthening of governance structures and management of data, information and technologies .

Dr. Fernandes brought to the attention of members the NHIF amendement Bill with a major focus on  section 2a) part II which states that there shall be paid into the fund the employer contributions matching employee’s contribution, Part III. such monies as may be appropriated by the National Assembly out of the Consolidated Fund, for persons certified by the Board to be unable to pay the contributions, Part iv. Gifts, grants or donations, Part v. Funds from the National Government, County Governments or employers for the administration of employee benefits and section five ,Part vi ,to administer employee benefits on behalf of the national government, the county governments and employers in respect of their employees. KHF’s recommendations included: should discuss this bill with the parliamentary Health Committee, Lobby in, Federation of Kenya Employer(FKE) and KEPSA and Healthcare Financing Committee to be involved in all the discussions.

There was a parliamentary directive that the Doctor’s rate should be taken back to 2006 price guidelines that were abandoned two years ago with the adoption of the current rates. The National Assembly’s Health committee further requested the Cabinet Secretary, Ministry of Health, Mrs. Sicily Kariuki to replace the existing Medical Practitioners and Dentists Rules 2016 with the second edition of the Professional Fees Rules and Guidelines of 2006, which prescribe cheaper rates for various medical services and procedures.

KHF’s  recommendations as a way forward for the doctor’s price guidelines include: KHF should get more involved in costing and also learn from the successes of other countries and professionals, KHF should engage more health experts especially health economist to join in the discussion to guide in making more sound decision, Healthcare Financing should be more engaged in the discussions so as to deter NHIF from charging high rates ,the medical board should consider setting up maximum rates instead of minimum and there should be maximum margins set for pharmaceuticals and supplies which will also bring about price regulations.

Other issue as discussed was the quality of care which has been compromised and the public is not well informed on where to seek care from. Therefore the committee suggested that there should be edu-information and sensitization done to the public on who to go for care. There should also be regulations on healthcare providers at all levels in which they should have the right qualifications and experience.

The committee agreed on the focus areas for the year 2019 as: NHIF Amendment Bill, Doctor’s Price Regulations, Pricing Quality and Regulations ( this will focus on care services and medications) and engaging the media in Agenda setting.